Like most things, Dem Good Chai started with a seed, a seed that was planted on a soul journey in India, that grew until it became a calling for a new way of life for our founder Bob and his young family.

While studying Massage Therapy in Pondicherry, South India in 2016, Bob was introduced to the healing power of Ayurvedic spices and the beautiful chai culture of India.

Under the guidance of his teacher, he started to drink
immune-supporting chai every day. He learned the craft of making different chais and the creativity to make it healthier, without abandoning the core values of the rituals.

The natural health-enhancing benefits were manifested, as he welcomed vibrant health, awakened senses and an open heart into his life.

Eager to continue his daily self-care ritual after leaving India, Bob decided to create his own immune-supporting chai. One with the same purity and Ayurvedic power, but now with a rich and indulgent flavour. His first blend was born in his own small kitchen, grinding local, organic spices in an old coffee grinder. This chai would later become known as Golden Immunitea, the very first blend of many.

This independent act of natural healing ignited a soul passion. And as Bob continued to study plant medicine and herbal healing his knowledge grew rapidly, and so did the requests for his indulgent, healing chai blends.

What started as a personal healing ritual, became a passion that manifested itself into an undeniable calling for to lead a bold new life, one rooted in natural healing, intention and in harmony with nature: Dem Good Chai was born. 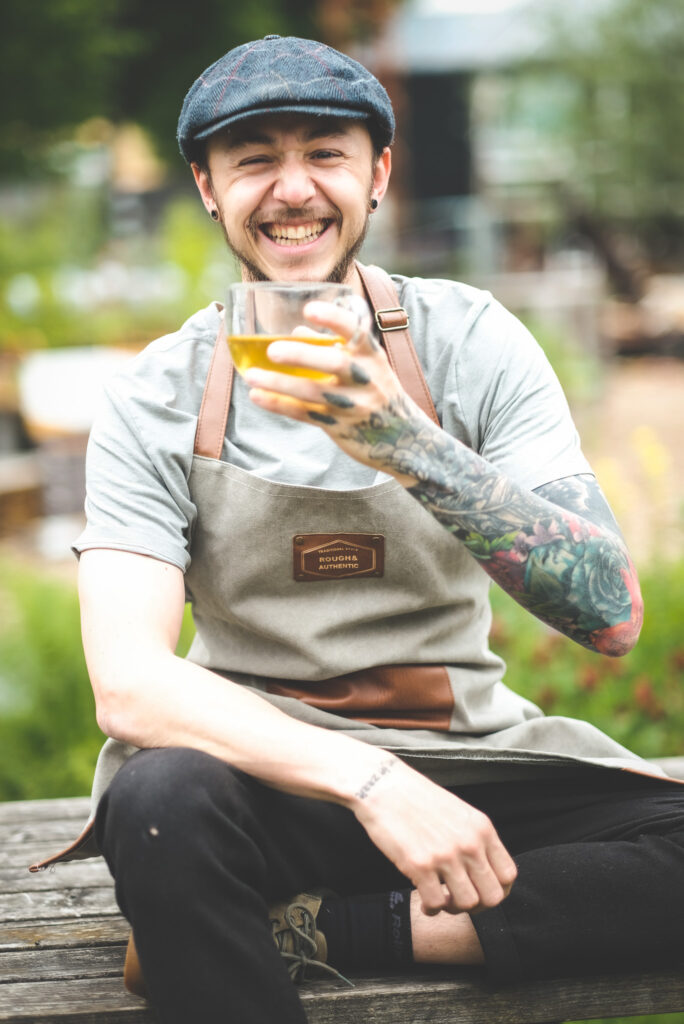 Everything we do at Dem Good Chai is done with the intention of elevating health, connecting us to nature and to each other, and supporting an intuitive and holistic way of life. We have a deep reverence for Mother Earth and understand that we must return her abundance with love and integrity. Because of these values, we are in continuous pursuit of planet-friendly sourcing and sustainable packaging.

We specialise in creating perfectly balanced, organically sourced loose leaf teas, ideal for indulgent self-care rituals, daily moments of relaxation or a moment of connection with a loved one. The ritual of drinking chai (tea) has a long, deep-rooted history, reaching as far back as 7000BC. Chai has played an intrinsic role in community life and healing practices all over the world. We believe that drinking chai is where natural healing, connection and presence meet. That is why all of our offerings combine the natural healing powers of chai with indulgent flavours, giving each blend its own unique character and set of healing properties.

All our offerings are

We believe that indulgent natural healing has the power to revive and unify us by returning us to nature, our true home. Many of us feel that change is coming. We desire harmony with nature and a return to a more intuitive way of life, that was never truly lost, just waiting for us to come home.

At Dem Good Chai we firmly believe that plant medicine has the unique ability to heal holistically; supporting physical healing while also soothing ailments of the heart and soul. We believe that glowing health and an open heart go hand in hand, and are best manifested when we combine the power of potent and pure plant medicine with softening self-care rituals that allow us to surrender to pleasure and relaxation.